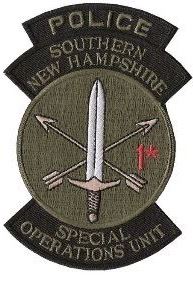 The Londonderry Police Department is a member of a part-time regional special weapons and tactics team known as the Southern New Hampshire Special Operations Unit (SNHSOU). Londonderry PD currently has nine tactical officers and two negotiators on the team. SNHSOU is responsible for responding to high risk incidents within the following member jurisdictions:

The unit is incorporated with the Secretary of State’s office, has its own taxpayer ID assigned by the I.R.S., and does business as the Southern New Hampshire Special Operations Unit at 1 Municipal Drive, Derry NH. The unit is managed and run by a Board of Directors, which encompasses all of the member agencies' Chiefs of Police. Presently, Chief Joel Dolan, Chief of the Salem Police Department, serves as the council’s president. The unit commander is Lieutenant Ryan Kearney, Londonderry Police Department.

The SNHSOU consists of specially trained officers from each department to deal with high-risk or unusual incidents such as Active Shooter Response, Hostage Situations, Barricaded subjects that may injure themselves or others, and High Risk Warrant Service to name a few.

SNHSOU members are trained in special tactics to attempt to resolve incidents without harm to innocent persons, officers, and the suspects. The SNHSOU is made up of several components, which includes a team commander, executive officer, training coordinator, tactical incident commanders, team leaders, medics, snipers, negotiators, tactical officers, and a mental health clinician. The SNHSOU trains twice a month throughout southern New Hampshire. Members must pass a semi-annual firearms qualification and physical fitness test to remain on the team. 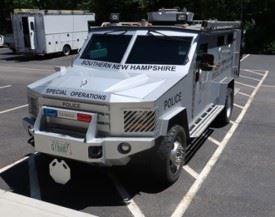 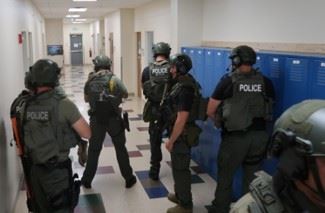